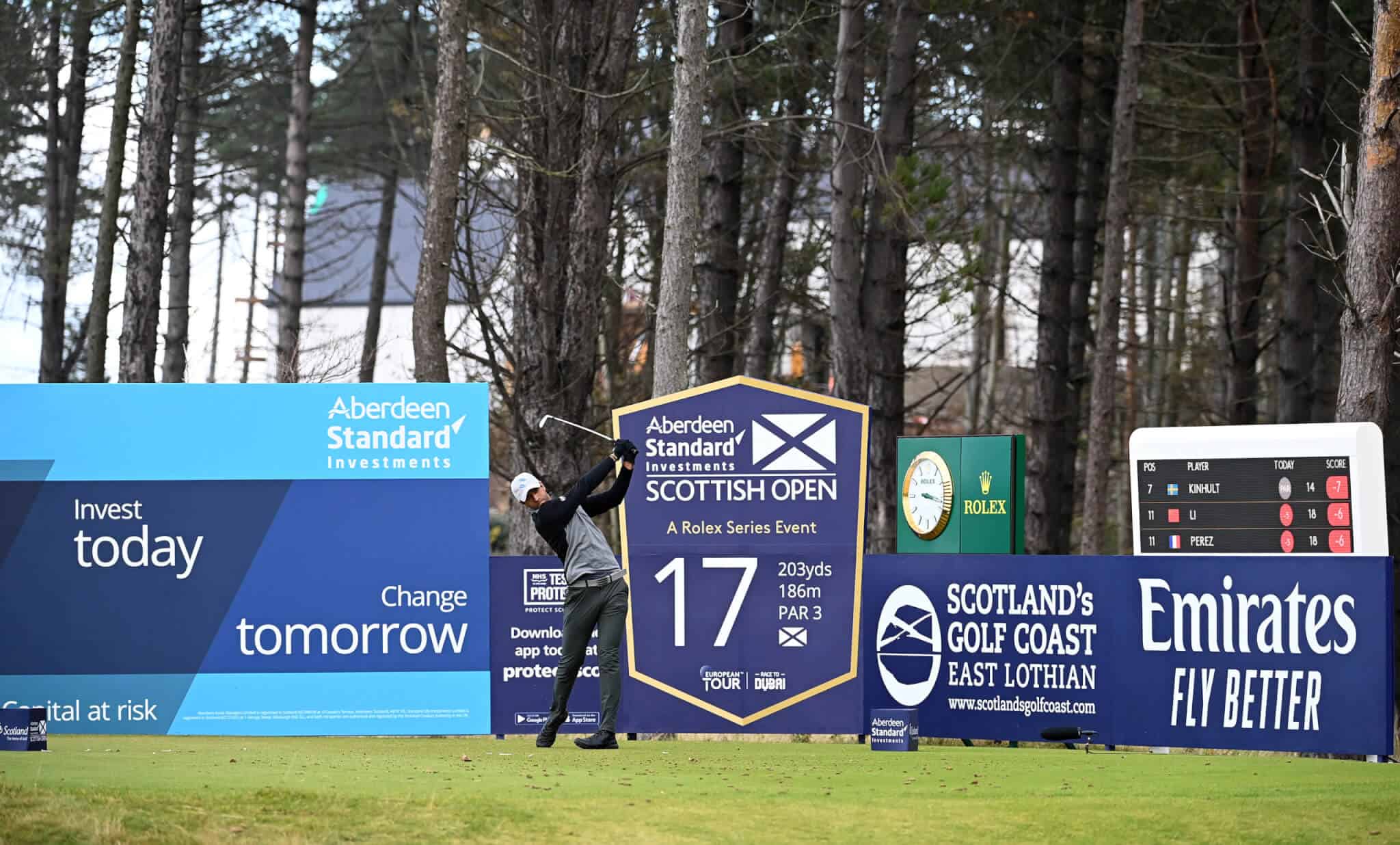 Last week’s winner, Aaron Rai said, “I played a lot in Scotland growing up, I dreamed of playing a European Tour event in Scotland”. Well, he has now won one! The Home of Golf, indeed. East Lothian, Scotland’s Golf Coast was finally home to the European Tour again last week.

84 days after the original start date, the Aberdeen Standard Investments Scottish Open kicked off. The honour of the first tee shot went to Italian, Andrea Pavan and 125 fellow pros followed.

Fantastic atmosphere despite the lack of spectators

The date had changed and the lead up was of course impacted by the global pandemic. Spectators are very gradually being allowed back to sporting events across the world. It had been hoped that golf fans would be allowed into the Renaissance Club for the Scottish Open. But, unfortunately, the on/off/on/off decisions ultimately ended as an off. 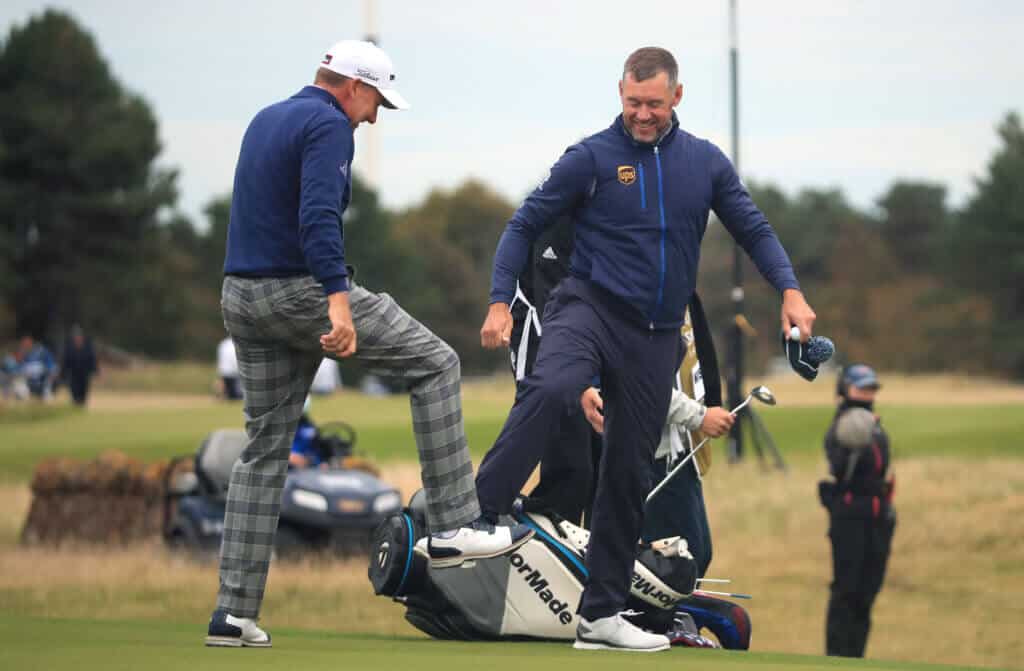 However, it is to the absolute credit of the golfers, caddies, marshals, volunteers, European Tour, media, sponsors and hosts that the event went ahead. The Rolex Series is of great importance for many reasons, so there was always going to be an extra effort to get the European Tour back to Scotland, but the hard work, sacrifice and determination demonstrated by all involved deserves a lot of praise.

It was a brilliant event, played in a great spirit, with mixed weather – as we would want on Scotland’s Golf Coast – and showed off the tour, the venue and the region at a very high level. The field was full of Major winners, multiple tour winners and no less than 15 Scots. 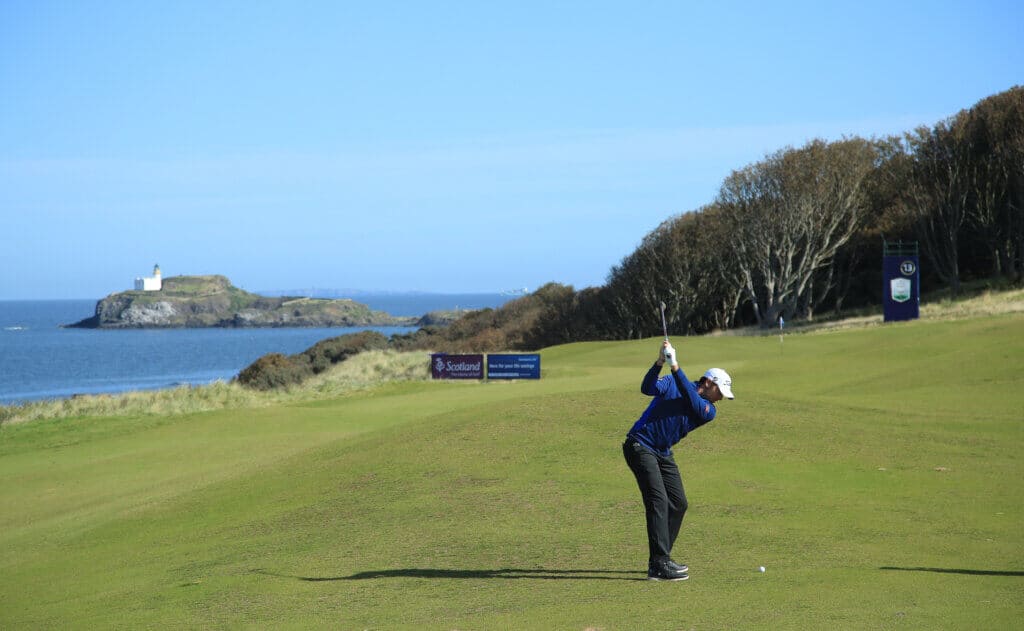 And, what a venue. The Renaissance Club had shone last year, but the 22 under score was perhaps a little unfair on the course, thanks to a period of relatively benign weather. But, October arrived in 2020, as did the four seasons and threw an extremely hard, but fair test at the best golfers in the world.

The Scottish Open weekend made the golfers earn their pennies

Saturday will stand out and it is simply astonishing that the course stayed in such good condition considering the volume of water poured onto it by Mother nature. Thursday and Friday had been a little testing, but the weekend made the golfers earn their pennies. Lee Westwood’s 62 on Thursday set the pre-weekend tone. But eventual winner, Aaron Rai’s 64 on the Sunday was worthy of the trophy. Rai and fellow Englishman, Tommy Fleetwood headed down a single play-off hole to decide who would take the trophy. It was not that long ago that their burgeoning golf careers took them to the Wee Wonders event at Gullane, just around the corner, so a fitting duo to fight it out down the last. 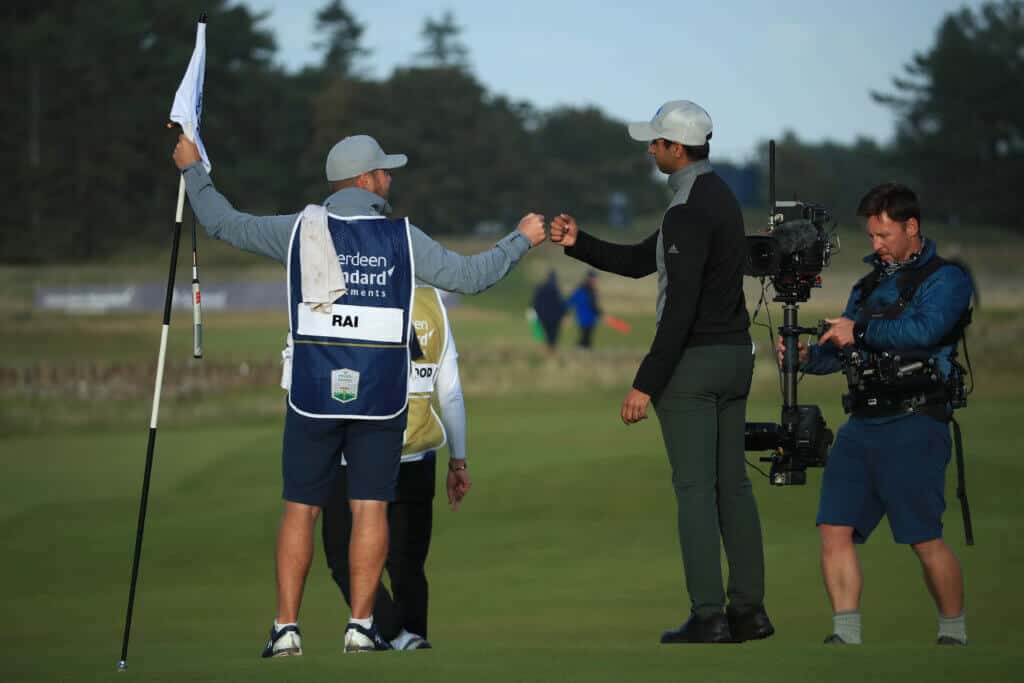 It was wonderful golf to watch, as the golfers pitted their wits against each other, the course and the weather. The views of Scotland’s Golf Coast, to the Bass Rock, back to Edinburgh and down to Dunbar were a treat. The coast is lucky to boast 21 magnificent golf courses and a selection of the best links golf courses in the world. Golf is very much part of East Lothian life. The locals play, the economy relies on it, the region is enhanced by it, it’s in the DNA, it is a passion. There is no doubt, like so many tourism destinations, the coast has missed its visiting golfers. Which is why last week was so special, even despite the lack of fans. But, it’s also a good time to thank our local golfers for all their support during the past tough months. It is greatly appreciated.

The perfect sporting spectacle, the Scottish Open at The Renaissance Club

The Renaissance Club, as a representative of Scotland’s Golf Coast, gave the world the perfect sporting spectacle. This is what Scotland’s Golf Coast has on offer. If you’d like to come and see it for yourself, we’ve got a huge range of accommodation close to the courses. Many accommodation options are independently owned and managed by people who have deep knowledge about golf in the area. A number are happy to prepare golf packages and itineraries.

We hope you enjoyed the show and we very much look forward to welcoming you back. Rest assured, we will be here with open arms, the customer service, variety, value for money and experiences that you will cherish for the rest of your lives. We’re pretty sure that Aaron Rai’s memories of East Lothian will stay with him forever. Congratulations, Aaron, well played. 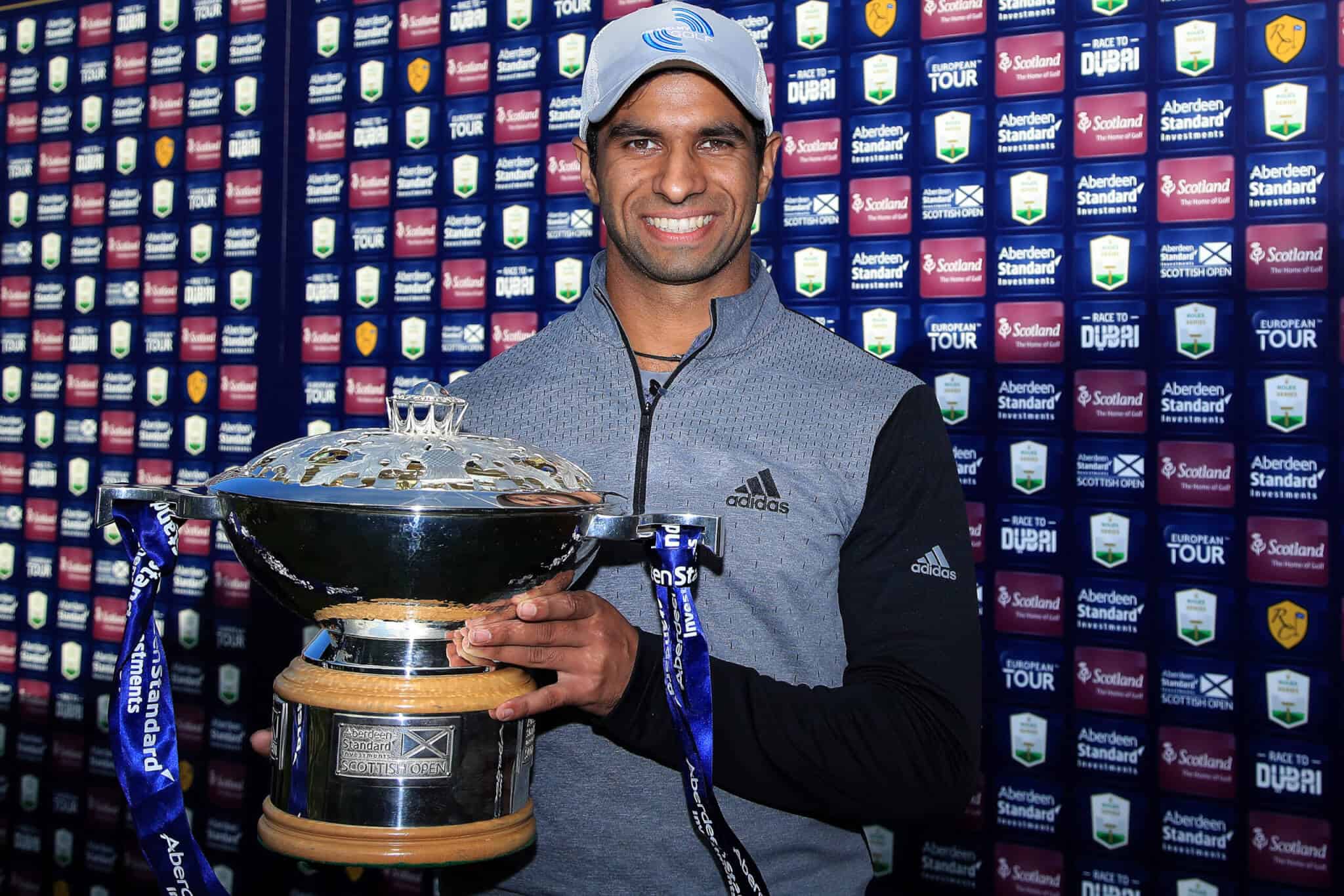 The full results of the Aberdeen Standard Investments Scottish Open

Keep up to date with all of our latest news and activities, sign up to receive our monthly newsletter.